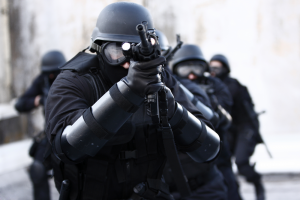 I’m sure many of you remember when armed “nuisance abatement teams” from Los Angeles County, descended upon the independent minded folks who were living in the desert outskirts of the city. For the “crime” of living off the grid and growing their own food, they were harassed with fines, and forced to leave their homes at the barrel of a gun. It was probably the most dreadful moment for the prepper community in recent memory. Many of us would love to leave the city and live free of the system, but stories like that remind us that no matter where we go, the long arm of the government may be waiting to drag us back into the fold.

We have to ask ourselves, why does the government hate, nay fear, the self-reliant? On the surface it doesn’t make sense. It’s outrageous and has no practical value. Every person who is self-reliant is one less person the government has to provide for; and when disaster strikes, it takes some weight off of their disaster relief efforts.

But once you dig deeper, the reasons become abundantly clear. The short answer is that our government and many like it, is parasitic in nature. Some would argue that we don’t need half the services they provide, and even the ones we do need, are provided with gross inefficiency. Their system is designed to extract as much labor and capital from the population that it can so that they may spread the benefits to their cronies and dependents. It’s that simple. They don’t want you to be independent, because that’s one less person they can leach off of.

Again, that’s the short answer, and I’m sure every free thinking person already understands that concept. But if we want to get to the heart of the matter we have to ask ourselves, what does self-reliance even mean? According to the Merriam-Webster dictionary, it is understood as:

Reliance on one’s own efforts and abilities

Sounds self-explanatory, but in reality it doesn’t do the word any justice. It kind of reminds me of when President Obama said “If you’ve got a business, you didn’t build that.” He was correct to some degree, in that we all rely on other people for certain services. In that sense, none of us are self-reliant or ever will be. But if you want to find the true meaning of self-reliance, you need to define “reliance” by itself.

Dependence on or trust in someone or something.

Now we’re getting somewhere. Let’s take it a step further. What does “trust” even mean?

Firm belief in the reliability, truth, ability, or strength of someone or something.

Acceptance of the truth of a statement without evidence or investigation.

I think we’ve hit pay dirt. This is why the government fears the self-reliant. These people don’t believe the government is reliable, they don’t think our politicians and bureaucrats speak the truth, and they don’t respect our government’s notion of strength. What they call strength is nothing short of jackbooted tyranny.

Basically, the self-reliant don’t trust the government. Instead, they trust themselves. Being self-reliant doesn’t mean that you can live in the middle of nowhere without the help of anyone else. It quite literally means that you have faith in yourself and your abilities.

And that’s a real problem for the government. They don’t care that you live off the grid, growing your own food, generating your own electricity, pumping you own water, and in all likelihood paying less taxes. In fact, if you didn’t frame these activities in the context of prepping or self-reliance, they would call you an environmentalist instead, and applaud you for lowering your precious carbon footprint.

And no, it doesn’t bother them that you don’t need many of their services, because quite frankly, you’re just one person. There are plenty of other hosts out there for them to suck on. The real reason why they fear you is because you trust yourself, plain and simple. You believe that you can make your own decisions without their input, and you have your own moral compass.

And that ladies and gentlemen, is inspiring. The government doesn’t like inspiration. You’re setting an example. You’re no longer just some kook living in the woods, you’re showing the world what can be done without the “help” of government, and that our trust in their system has been misplaced and unwarranted. We can all leave their control grid, and not only will we survive, we can thrive.