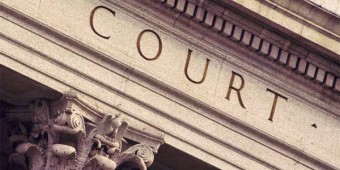 Another lawsuit has been filed against the president’s health-care takeover strategy, this time by a Florida company complaining that Obama had no authority to simply change the law once it had been approved by Congress and signed.

It was last July when Obama announced he was delaying the requirement for employers to provide adequate and affordable health insurance starting Jan. 1, 2014, or pay huge fines.

Obama, responding to complaints from businesses, changed the effective date to Jan. 1, 2015, strategically after the 2014 elections.

Obamacare already has been the subject of dozens of lawsuits, and the U.S. Supreme Court last year ruled that it is a tax and, therefore, constitutional, even thought the Obama administration had argued it wasn’t a tax.

Another case is now heading toward the U.S. Supreme Court that could determine critical sections of the law to be illegal.

In July, Obama reportedly was answering “vehement complaints from employer groups about the administrative burden of reporting requirements, though it may also affect coverage provided to some workers.”

A U.S. Treasury spokesman, serving as the administration’s point person on the subject, explained the delay “will allow us to consider ways to simplify the new reporting requirements consistent with the law.”

The lawsuit, however, filed by Judicial Watch, is attempting to draw the reins on changes to existing federal law that it describes as “arbitrary” and “capricious.”

The suit was filed in the U.S. District Court for the Southern District of Florida on behalf of Boca Raton-based employer Kawa Orthodontics LLP. It argues that the delay of the employer mandate “exceeded [the Obama administration’s] statutory authority, is arbitrary, capricious, and contrary to law, and is otherwise unlawful.”

The employer mandate, which subjects certain large employers to tax penalties if they do not offer “affordable,” “minimum essential” health insurance coverage to their employees, is “one of the pillars” of Obamacare, according to Judicial Watch.

But Obama’s decision to suddenly announce a change in the law caused Kawa Orthodontics “to lose the value of its substantial efforts to prepare for the controversial provision taking effect beginning next year.”

“[Kawa Orthodontics] expended substantial time and resources, including money spent on legal fees and other costs, in preparation for the ‘employer mandate’ taking effect on January 1, 2014….[The company] would not have expended its time and resources and incurred these anticipatory costs in 2013 if the mandate had not been scheduled to take effect until 2015, but instead would have spent its time, resources, and money on other priorities,” the action explains.

The action is being brought on behalf of Larry Kawa of Kawa Orthodontics against the U.S. Department of Treasury, Secretary of Treasury Jack Lew, the Internal Revenue Service and IRS Acting Director Daniel Werfel.

Kawa is a longtime Florida resident and business leader with a company that employs about 70.

The complaint alleges that the decision to delay the employer mandate violates the Administrative Procedure Act, which forbids “agency action” that exceeds an agency’s statutory authority, is arbitrary, capricious, an abuse of discretion, or otherwise not in accordance with the law. The complaint asks the court to enter a judgment declaring the delay to be unlawful and an injunction prohibiting the delay.

“We obviously object to the employer mandate and the entire Obamacare law, but we understand that, under the U.S. Constitution, the law can only be changed by legislation passed by Congress and signed by the president. President Obama would delay the damage of his health care scheme until after the 2014 congressional elections. But politics do not trump the Constitution or the rule of law,” said Judicial Watch President Tom Fitton. “And to paraphrase Ulysses S. Grant, the best way to ensure the repeal of a bad law is to enforce it vigorously.”

Kawa added: “I am tired of Washington, D.C., picking winners and losers and giving preferential treatment to those inside the Beltway. This is just more of D.C. career politicians protecting their own.”

The legal challenge was filed on the same day Obamacare websites intended to recruit millions of Americans to sign up for Obamacare policies opened.