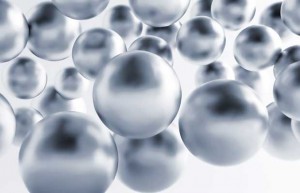 Silver in all forms has been employed by mankind for its antiseptic qualities over millennia. The Greeks and Romans used a silver coin to purify bad water and to preserve milk and wine. In later times, a silver coin was taped to the umbilical wound of a newborn child to prevent infection. A silver solution is placed into the eyes of every newborn to kill any infection that was picked up from the birth canal during delivery and silver is used in every burn center the world over to prevent infection. Surgical bandages are now silver thread impregnated for speedy healing. Most Doctors know the antiseptic properties of silver. Just ask your MD.The history of nutrition shows that humans have utilized natural foods and remedies for many thousands of years. The earliest physicians turned to Mother Nature for virtually all their health aids. The effectiveness of herbs and botanicals is well documented and enjoys increasingly wide use by the general public. But, today, with the advent of corporate entities and the influence of Big Pharma and her allies in the FDA, along with their innate financial pursuits and considerations, all this has seen a wide-spread attack. Natural remedies and holistic treatments are denigrated by corporate America and many MDs as a rule. After all, if natural remedies cost very little and modern pharmaceuticals are very profitable for corporate America, which do you think will get the nod from the moneyed class? Not too much of a brain twister here!

The ancients had to rely on natural means of preservation and storage for foodstuffs. Lacking refrigeration, they had to find natural means for keeping a safe supply for long journeys and hot summers. Not surprisingly, they employed the anti-microbial qualities of silver for the preservation of drinking water, milk and wine. By either utilizing silver vessels for storage and transportation or simply dropping a silver coin into a container or a wineskin, they successfully kept their foods in good order until consumed. Archaeological investigations in the domains of Ancient Rome, Greece and Mesopotamia are the sites for this information. Cisterns dating from 600 BCE bare the evidence that silver coins were placed in them for water purification and storage. Wine vats from ancient vintners are silent testimony to the same practice. The ancients were pretty darn smart!

In Medieval times, royalty ate and drank from silver vessels, plates and utensils not to be stylist and for pomp, but for health preservation. Acidic foods would tarnish the silver utensils and create toxic silver salts that had a tendency to turn the skin grey or blue. Argyria was common in the upper classes and they were referred to as “Blue Bloods” by the common folk. They were healthy, lived long lives and were immune to the plagues that wiped out a large percentage of European populations in that period. The products that turned people blue (a condition clinically known as argyria) are not true colloidal silvers and nutritionists don’t use or recommend the use of cheap and toxic silver salts in the modern age of health care.

Many folks who go to the Internet in search of information on Colloidal Silver (and many other subjects for that matter) find quite a bit of hype, misleading and just plain disinformation that is placed there by pitifully ignorant postings. And, having found negative claims for Colloidal Silver, they terminate their research and remain ignorant of the facts. You simply can’t trust much of the info you get through the Internet, so be careful of the sources you find there. One of the common claims I see quite often is that argyria is caused by Colloidal Silver and that is simply not true. Colloidal Silver is eliminated from the body quite speedily, but silver salts are not. Argyria is the result of ingestion of improper chemical forms and silver salts that are concentrated in the skin. No practicing nutritionist would ever recommend the ingestion of silver salts, and the use of sodium chloride as an aid to generation is not a good idea. True Colloidal Silver is safe and effective and is easy to manufacture right in your own home. Claims that it will “turn you blue” are simply the result of gross ignorance, or some other agenda. The author has been generating Colloidal Silver at home and has ingested 2 oz. per day for the past 22 years without even the slightest tinge of blue skin. Additionally, being a college professor, I was exposed to the flu every winter and I always came down with a full-blown case plus 2 to 3 common colds. I have not had either of those ailments since beginning Colloidal Silver in 1992, and I DON’T take the flu shot.

I don’t know the motives (or hidden agendas) of anyone who writes this kind of “colloidal silver causes blue skin” tripe, but these folks are out there. The condition of argyria that turned the famous “Blue Man”, Mr. Paul Karason’s skin blue came as an intentional result. He ingested on a daily basis high doses of high-strength homemade silver chloride he made in his garage. He even bathed in the stuff and then “fixed” the silver by using a tanning bed in an attempt to make it into the Guinness World Records book. Deceased now of a cardiac condition, Mr. Karason never had any infections.

The clinical use and medical applications for colloidal silver were recognized as legitimate and approved by the FDA as early as 1910. Many research articles were published by the 1930s. Then came the discovery of penicillin and all that changed. The cheap and readily available colloidal silver products were suddenly abandoned and the pharmaceutical industry began pushing the very expensive and profitable antibiotics. Penicillin saved many lives during the World War II years and thereafter. However, antibiotic resistance has raised its ugly head with the emergence of MRSA and a host of several other resistant bacteria. In addition, modern medicine has practically no effective treatments for viral infections. The common cold, influenza, herpes, HIV, HPV, and hepatitis (A,B,C,D,E,F &G) and now Ebola are all viral infections. C. Silver may be our only hope when it comes to these. And C. Silver is experiencing a re-emergence in holistic medicine over the past several years. HIV and even some forms of cancer are now treatable 1&2. Specialists in wound care are turning to the use and application of C. Silver in increasing numbers because of its immediate effectiveness 3.

Emergency disinfection of water is a continuing concern among those individuals who anticipate the eventual need for self-protection in these uncertain times in which we live. Public water supplies are vulnerable to unexpected disruptions and even the private water well depends on a reliable source of electrical power from which to operate. Hunting and camping away from normally dependable water supplies carries its own concerns as well. Water taken from streams and lakes carries its own hazards and the taste of Halazone is far from pleasant. C. Silver is well known for its ability to render these questionable water sources safe to drink, and without any undue taste or flavor to offend the Mrs. A test of C. Silver was run in Nebraska some years ago on a swimming pool that had been contaminated by raw sewage. The plate counts for E. coli ran upwards of 7000 cfu/ml. Addition of silver brought the counts to non-detect within 3 hours of inoculation 4.   C. Silver should be a part of everyone’s survival kit.