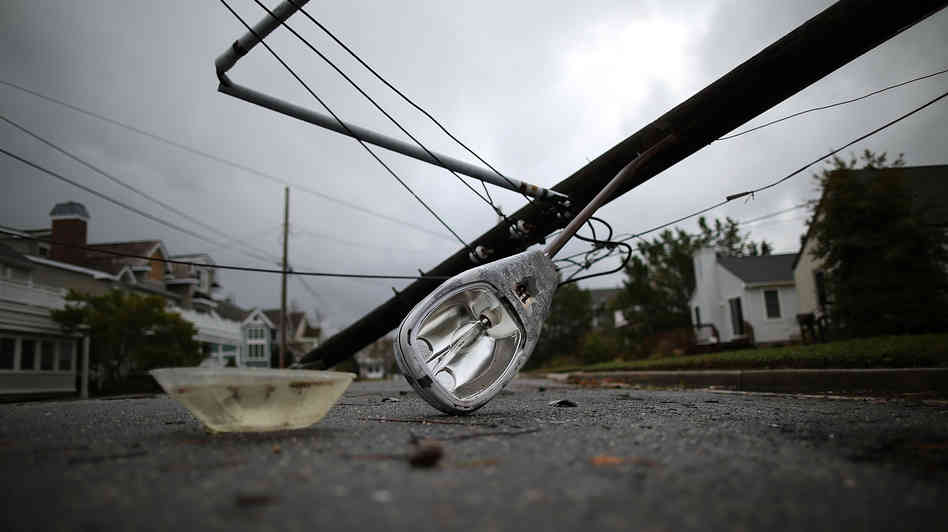 Recently Off The Grid News has presented a series of articles on an alternative strategy for long-term survival if the power grid goes down society ends as we know it — returning to a 19th century lifestyle. (Read those articles here and here.)

This approach eschews reliance on modern resources like generators or pumps, and leaves behind the hassles of their need for fuel, lubricants, spare parts and preventive maintenance. Instead, the simpler approach focuses on living in areas with readily available surface water and adequate wood for cooking and warmth.

This third article in the series focuses on security. When society ends as we know it, there will be a lot of desperate people out there. Unlike those living off the grid and preparing for an unknown future, millions of Americans don’t have more than a few days’ supply of food and water. Starvation and panic will result in a lot of desperate people focused on taking care of themselves at the expense of others.

The type of people threatening your homestead will evolve over time:

The First 72 Hours After Society Ends

In the immediate aftermath, unprepared people living nearby will be the threat. With no electricity, most people will soon be out of food and water, and will be looking at you. They’ll have guns and desperation, and no compunction about raiding your garden or stealing your stored food.

In the Weeks and Months Afterward

As it becomes evident that no return to civilized society is imminent, humans will revert to more basic instincts. The weak will not survive, while the strong will coalesce into roving bands led by the strongest. These marauders, armed to the teeth, with vehicles and fuel commandeered from industrial or municipal sources, will roam the countryside.

Regardless of the event that causes society to collapse, there will likely be some form of government (at least in the immediate aftermath) that will try to respond. For example, imagine that a new bacterium emerges that is resistant to all antibiotics, or a plague sweeps across North America. The government will try to respond with curfews and marshal law. Eventually, there may be mandatory “camps” for people displaced by events.

The government has vast supplies of weapons, fuel and supplies to keep thousands of soldiers and federal agents going for years. In other words, in the days and weeks after a catastrophe, there may be a lot of armed strangers roaming around your part of the country. They may be state police, military, the National Guard, or even “peacekeepers” from other countries. With time, as the central government breaks down and strands them with dwindling supplies, they may turn their attention to self-preservation. They’ll be trained, armed and disciplined as they seek to survive.

Deterrence, Not Defeat, Is Goal At least in my estimation, the greatest threat to the security of your homestead will be groups of armed thugs scouring the landscape. Whether they’re from the nearest big city or the remnants of the military or police is immaterial. What’s important is how to plan for defending against them.

This plan is based on deterrence rather than defeat. Rather than clashing with armed thugs in an all-out war, the idea is to make them move on to easier targets. And there will be easier targets. Corn fields, orchards, grazing sheep and penned-up pigs tended by those unprepared for a disaster will be ripe for the picking. Most rational people, even roaming groups of thieves, will choose an easy target over a difficult one.

The first step is to realize that you and your immediate family can’t do everything. You need to establish relationships with like-minded people nearby, and work together to have a plan if the grid goes down. For example, neighbors at the end of a road, or homesteaders in a small valley, can work together. The survival team can commit to stockpiling pistols and shotguns and ammunition with the same diligence that crops are tended and food is stored.

Harness The Power Of The Sun When The Electricity Goes Out…

Look at everyone’s strength and weaknesses, and agree on who will do what. If one in the group is ex-military or police, that person can be in charge of perimeter security and scouting. That person and chosen participants should practice together and choose ideal locations for spotting and engaging roaming thugs. Remember: Some or all of the team will be without electricity, so scouting and lookouts will have to replace sophisticated security systems.

Unwanted strangers approaching the survival team’s homesteads ideally can be dissuaded by shooting near them and/or damaging their equipment. Hopefully, they’ll turn around and seek out easier prey.

While most of the time the survival team will be focusing on tending to crops and animals, or repairing clothes and maintaining the homesteads, a small number will always be devoted to long-range scouting and manning local lookout points. Regardless, all members of the survival team should be comfortable with a gun, and be ready to use it.

If you have the luxury of not yet choosing your homestead for living 19th-century style, then choosing the right location will make forming a survival team and reducing exposure to armed thugs easier.

For example, one group in a western state has several homesteads at the end of a road. This road bridges a creek twice and then ends where the homesteads are located. Behind the homesteads are mountains, so the road is the only way in. When society ends, this group is going to blow up the two bridges on the road. If this sounds extreme, realize that they live 40 miles from a major metropolitan center. If the grid goes down, and desperation in the cities forges roaming bands of marauders dependent on caravans of vehicles, no road means no easy access. Bridges can be rebuilt, but homesteads overrun by armed thugs cannot be replaced.

Another option is distance. The further away from major metropolitan centers, the more difficult it will be and the more fuel it will take to reach you. You could have a perfect off-the-grid homestead, but if it’s only 20 minutes from a major city, you could be swamped by the first wave of desperate people leaving the city and seeking food and water in the countryside. Later, after the first wave, you’ll still be in easy reach of the marauders.

Also keep in mind transportation routes. Try to stay away from major interstate highways. Living a few miles down a tree-studded dirt road (off a remote county road) is much preferable to being a couple miles off the exit of a major interstate. After society as we know it ends, major interstates should likely be passable for some time to come.

A lot of prepping is focused on food storage and other supplies such as clothing and medical supplies. This is crucial and within most persons’ reach. A second, more difficult step is finding a good location for the homestead, and forging a relationship with like-minded neighbors to work together when unwanted, desperate people come to take what is not theirs.