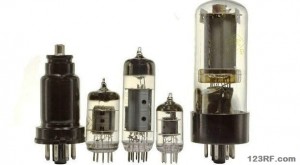 Even though we’ve all seen the effects of solar flares and their ability to knock out electricity and communications, some do not believe that an EMP attack will lead to social collapse. But it will…

As someone that loves to tinker with electronic devices, I am a firm believer in the potential for both natural (odds have increased substantially in the last few months because Earth’s magnetic field is weakening faster than expected) and human-made EMP attacks.

That being said, I also know that many of the worst problems that will come from an EMP attack can be reduced by using older technologies that rely on electronic components which are far less vulnerable to an EMP.

Electronic Devices Are Not As Complex As You Might Think

If you find yourself confused by electronic devices, simply remember that every component does one of five things with mathematical precision depending on the materials used:

Once you understand what each component does, connecting parts in various patterns will create larger devices that meet specific goals.

All you need are the right components and a diagram that shows you how to arrange them.

While Tesla and Edison were battling for control of how electricity would be produced and transmitted, most people were relying on oil lamps for light and cranks to start their automobile engines.

Interestingly enough, everything from the first telephones, victrolas, and radios, to televisions and nuclear bombs operated without the use of microchips and other semiconductor components that are highly vulnerable to EMP attack.

Therefore, if we go back to “old fashioned” electronics, we can both store and maintain EMP resistant devices.  Perhaps even better, when you go back to basic electronics, you can fashion components from the same kinds of Earth or nature/wilderness based materials that you might use for a fishing pole or some other survival need.

To Build Or Not Build Semiconductors? As you may be aware, a semiconductor is a special material that is selective in how to allow or denies passage of electrons.

Many people today mistakenly believe that it is not possible to avoid using semiconductors in electronic devices. Further, there is also a belief that semiconductors will not be available because the technology will be lost to build integrated circuits.

That being said, you can still create some semiconductor based applications by layering glass and copper.  You can also use crystals, capacitors, and resistors to duplicate transistor effects. While they may take more power and require more maintenance, they will still be of use until other technologies can be recovered.

Simple Devices That You Can Build And Keep On Hand

Here are just a few simple things you can use to make fairly powerful electronic components.  Once you master making these basic elements, you can easily go on to building radios, transmitters, perimeter defense alerts, generators, and jury rigging for bypassing electronic systems in other gadgets.

Not so long ago, you could visit your local Radio Shack store and pick up an electronics project kit that would easily teach you about electronic components and how to arrange them into useful circuits.

Unfortunately, if you walk into a Radio Shack these days, all you see are endless arrays of cell phones and pre-built devices while “old fashioned” electronic components are relegated to dusty bins in the darkest corner of the store.

To add insult to injury, project kits for kids these days are little more than solar cells, snap together robots, and an IC chip that do very little in the way of hands on educational building and exploration.

From that perspective, I recommend starting off with a used book on introductory electronics. Make sure the table of contents includes information on basic principles of electron movement, resistors, capacitors, diodes, transistors, relays, crystals, and coils.  There are also some good YouTube videos available if you would prefer that form of learning.  I also highly recommend the Mechanical Universe series if you are math inclined and want to delve into physics more than electronics.

If you do some research online, you will also find a few places that offer surplus electronic components.  You can get grab bags of different components to practice with, and then gradually move towards making your own parts.  For example, once you build a simple FM radio from basic parts, you can go on to make your own capacitors, etc as the next stage in your learning. With regard to tools I recommend the following:

“Old fashioned” resistors, capacitors, relays, diodes, crystals, and simple wire can be used to build radios, transmitters, generators, and many other simple devices. While you may not be able to repair a cell phone or computer, these old technologies offer a starting point that can be used for survival, and ultimately, recapturing lost solid state and other technologies.

Perhaps even better, if you know how to create these simple electronic parts, you can also make them on your own from bits of paper, ore bearing rocks, natural crystals, and other items that you don’t normally think about in terms of building electronic devices.