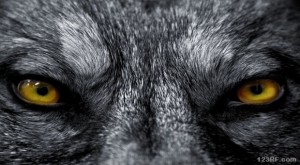 We all know that dogs are great for home protection, but that’s just it – people know that dogs are a potential danger to anybody who seeks to harm your or your property. That means that some people may be discouraged from bothering you, but others may just plan to get rid of your dogs before robbing you.

That’s when it may pay to have other animals that may not be quite so conspicuously aggressive until it really counts. That’s what we’re going to talk about today.

One of the top trainable animals that we discovered was (strangely enough) the octopus. Another was, of course, the dolphin. However, unless our world changes much more drastically than even we are anticipating, those two aren’t going to do you much good. Interesting, though. Yeah, we know. Snakes aren’t exactly on the top of the list of most lovable pets for most people. However, a snake kept in a cage right beside your door is prohibitive to many people for exactly that reason.

This is actually an old crazy cowboy trick that we heard about a while back. The guy had the rattlesnake (not our first choice of pets, or even our 100th choice) in a slatted box lined with screen that was nailed at about face-level right beside his door.

An attacker may not see the screen at first, and even if he did, he may just think that if somebody keeps a snake, they probably have even crazier things INSIDE the house.

Good mental tactic. We’d recommend going with a king snake or some other non-poisonous yet scary-looking, loud serpent.

You’ve most likely seen the movie “Babe” or another similar to it and know that pigs can be trained. What you may not know is that pigs can get mean, too. They’re extremely intelligent and have a sense of loyalty to family members.

They’re also used by some factions to sniff bombs or even to guard perimeters. Just because they’re big and unusual, they have a certain intimidation factor that may keep people out of your yard.

Beware, though, that they WILL eat your garden.

Find out more about home defense in Bulletproof Home.

Right up front, you should know that special permits are required if you have a wolf, or part-wolf, as a pet.

Pet may not be exactly the right word for the relationship that you and your wolf would have thought. They’re extremely independent and many will tell you that their personalities more closely resemble cats than dogs.

They are, however, amazing guard animals because they protect their domain and their packs. Just know that wolves aren’t for everybody and you should be fully trained in wolf care and behavior, as well as licensed, before considering having one for home defense. Pigeons, crows and ravens are all extremely trainable though you need to know what you’re doing. African greys are perhaps the most trainable bird of all.

They can be taught to pair words with actions, and to complete the action while saying the phrase. This may make a good pet to lend you the element of surprise needed to reach your weapon or get away.

Other birds that may be of help – falcons because you can also hunt with them, and ostriches, which can be aggressive and intimidating while also giving you meat and eggs.

Clyde, the orangutan made famous for co-starring with Clint Eastwood in the Every Which Way but Loose movies, was an orangutan. They are extremely trainable and also make great companions.

Chimpanzees, the smaller of the primates, share 98% of their DNA traits with humans and have actually beaten college kids on memory tests.

Primates are high maintenance but are great to have around if you’re willing to invest the time. Again, you’ll need proper licensure and training if you’re going to use a primate as a pet for home protection in a survival situation, or for any other reason.

There are many animals that make great pets and will help to protect your property and we still advocate the use of dogs as a first defense because it’s what they do. They love you, they protect you, and they keep your property as safe as they can manage. If you’re going to use dogs, make sure that you train them properly and use ones that are going to be scary.

Rottweilers, German Shepherds, Rhodesian Ridgebacks, and Dobermans all make the list, but don’t underestimate your Chihuahua, either. They’re extremely loyal, aren’t afraid to defend you, and will make their displeasure aggressively known if somebody tries to harm you. They’re small but can buy you the time that you need to reach your weapon or get away.

Regardless of which pets you choose for home defense in a survival situation, remember that you will have to feed them, train them, and care for them even after things get tough. They may be your best friends, but they’re also going to be mouths that need fed so keep that in mind when choosing.

If you have any other good suggestions, let’s hear them in the comments section below.