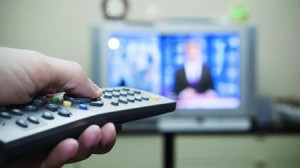 You are at home waiting on the cable guy on a drizzly Monday morning. You relax in the quiet house since your spouse is at work, older kid away at college and younger kid in school. You settle in with a nice cup of coffee and the paper, when suddenly the TV show is interrupted for a breaking news bulletin. There have been terrorist attacks in your state capital and two other cities nearby. You grab your cell phone and get a polite message that the system is experiencing technical difficulties and to please try your call again later.

Your home phone has the same problem because it uses Voice Over Internet Protocol (VOIP) and the internet is down. This means no emails either. What do you do? Do you try to pick up the child at the local school? Do you try to make the hour drive to the college to pick up your older child? What will your spouse do? Would you make it to the college only to find that your child had left for home or that your spouse had already picked her up? The best solution in this case would be to have a plan already in place for how to handle the situation and how to communicate when conventional methods fail.

In an emergency whether it is a deliberate act or act of nature, communications can be disrupted. Not only can an increased load on the system cause failures, but the emergency at hand could damage the infrastructure. Storms take out towers and lines all the time. Terrorists could intentionally target communications infrastructure. Not only does it cause a panic when people can’t contact loved ones, but it also prevents people from coordinating to resist them.

In the case of the famous and courageous resistance of the passengers of Flight 93 who tried to retake the plane on 9/11, crashing it in the process, but preventing it from being used against targets such as the White House and other occupied buildings communications played a major role. The people on the plane were able to talk to loved ones to say goodbye.

They were able to talk to emergency personnel and get news of the planes that crashed into the Twin Towers and the Pentagon. Obviously we can’t speak for them, but if they had thought the plane would land somewhere safely in a ransom demand, the passengers may have reacted differently than they did knowing that it was highly likely the terrorists planned to crash the plane into a populated target. The next time, the terrorists may prevent such opportunities.

We live in the age of instant communication. At any given moment you can contact people by phone, text, email, video chat and instant messaging. You can get information on news, current events and any conceivable topic under the sun via the internet, from your wireless device that works almost everywhere. What if that changed?

I used to think it was a convenient plot hole when a movie character was out of cell service at an interstate rest area. That was based on my experience living in Florida. Since then, I’ve lived in Vermont and Tennessee. There are plenty of stretches of interstate highway in those two states without cell service, let alone the remote boondocks locations we would explore. If you have a car accident or breakdown in those places you either walk to find help or hope someone comes along. Your personal emergency may be affected by lack of communication. This can be avoided by letting someone know where you are going so that if you don’t arrive there or get back safely in a reasonable time, then they can search for and potentially rescue you.

In a short term emergency, such as a hurricane, ice storm, blizzard, or terrorist event, there may be more people trying to use cell phones and land lines than the available resources will allow. The nature of the emergency might also knock down transmission lines and towers that provide the services. Many people these days have VOIP phone service (via internet) which requires both electrical power and internet service to work. Long term emergencies, of an apocalyptic nature would likely be the end of these services forever. We would have to turn to other methods of communication.

In the scenario above you could have a plan where one spouse always collects the older child and the other spouse always collects the younger. You could have a plan where you establish which route (and backup route) would be taken so that you could go from the other direction and meet the person, whether it be the college child or the other spouse. You could establish a central crossroads type location where a message could be left that would let other family members know your plan before they go miles in another direction.

There are many alternative methods of communications that we don’t normally use because cell phones are easier to use. If you had a CB radio or long-range walkie talkie, then you could communicate with each other when you were close enough. For emergencies, we should consider setting up some of these methods and including a generator or solar powered method to run them and recharge batteries.

For short term emergencies, it is a good idea for all families to designate one or more people who live far away to be the communications hub. If an ice storm hits Tennessee, then my brother in Florida would be our hub. If my family was scattered when an emergency happened, instead of each of us trying repeatedly (and maybe unsuccessfully) to reach the others, we call my brother to let him know whether we are ok, where we are sheltering and/or how we plan to travel to the others.

He could prevent each of us from traveling to where we thought the others might be sheltering. That would help us to get back together more quickly. The hub person could also serve as a news center if the people in the disaster area had spotty access to news (such as road closures and storm paths), and let extended family know you were safe. Depending on what had happened, CB radios, long range walkie talkies, and ham radio sets could be useful. These radios don’t require the infrastructure as land lines and cell phones. Ham radios require a license and training to use legally.

For long term emergencies communication plans would be more difficult. By long term emergency, I’m referring to anything that disrupts society on a national or worldwide scale. This would include revolution or foreign invasion,  a massive EMP, anything that takes down the power grid, a pandemic or an apocalyptic event. Again, CB radios, long range walkie talkies, and ham radio sets could be useful.

These communications methods could allow you to talk to family and also to get information about what is going on in the disaster. However, the Ham radio license would mean that your name would be on a list. Depending on the emergency at hand, that could make you a target of any group wishing to control the flow of information. Any large antennas could make you the target of anyone looking for a prepared location to raid for food, weapons, and other supplies.

If you don’t have a way to communicate, you would need to have a prearranged plan to meet up. If you’ve ever separated at a Wal-Mart Supercenter and then tried to regroup without cell phones, you can imagine what it could be like. You take the front aisle from produce to pharmacy. Your spouse takes the left aisle from pharmacy to sporting goods. In this fashion, you could walk for miles inside the store without catching a glimpse of each other.

Imagine this on a statewide or multi-state scale with various difficulties in place caused by the disaster. Without a plan you may never see each other again. Depending on the distance, you may decide not to try. If you do want to try, consider setting up a system in advance to improve the odds that you’ll find each other. This is even a good plan to establish with family members living in the same area. If communication is down, but the disaster destroyed the entire neighborhood where the home was located, how would your family get together?

Family homes or other landmarks could be designated in a particular order as meeting points. Meet first at Grandpa’s house. If it is destroyed or in an unsafe area , go to the big tree by the Baptist church, then mom’s house and so forth until the group could meet. In each case, messages could be left in some agreed upon fashion, such as painted on the house or driveway, nailed to a tree, or hidden under a particular rock.

In disaster movies we often see people trying to get together with loved ones and don’t know if they are dead or alive. If your group gets separated at some point or if you have family members living in other areas, you could meet at a central location at a fixed time. An example could be to meet at the eastern end of the Trammell Bridge over the Apalachicola River in Florida at midday on the full moon every month. If that is too much travel, pick one specific time, such as December.

The system isn’t perfect because without a calendar, people may have trouble keeping up with months. Since December includes the winter solstice, hopefully people could keep track of when the days were shortest. In that part of Florida, December would mean colder weather and less chance of meeting up with a poisonous snake. In northern climes, a summer meeting time would be best. Any place or time would do as long as the area would be relatively safe and the date and time could be calculated without a calendar. It could also serve as a place to leave a message without meeting up. You or your relatives could leave a message in code or plain English that gave information or instructions for meeting up.

Talk to your family and set up a plan. Test it occasionally so everyone is familiar with it. Be prepared. Remember that communication is an important step in being prepared.