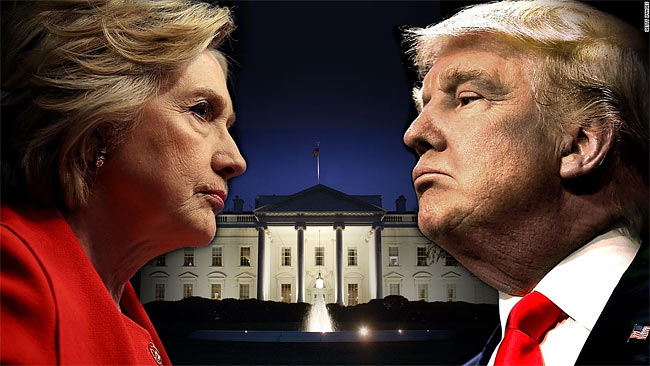 While one might wonder how it could happen, given that Trump rallies fill with thousands and tens of thousands while Hillary rallies a few hundred, the question is this…

Should Hillary take the election, what will you do between November and January? Given all of her publicized intentions regarding what she will do (to us), will you be taking certain precautions or procuring certain things before she ‘takes power’ in January 2017? Will it change what you are doing in any way?

Note: While this is an intentionally politically charged post, lets keep it civil (especially if there are differences of opinion out there).

Disclosure: I am one of her so called “Deplorables”.

The following is my general opinion:

Her regime represents George Soros, the establishment globalists, and multinational bankster/ big corporatism. She has a well established ‘pay to play’ program, the Clinton Foundation, and will also be beholden to the elite who have paid multimillions who will expect big favors in return – corruption to the core.

I believe that this regime will bring the final end to our nation as we knew it or remembered it. It likely will not be long until ‘executive orders’ are dished out which will affect the nation in ways that are not so friendly to our personal liberties and freedoms. The Supreme Court will be ‘stuffed’ to her liking – perhaps several justices over time. This will change the nation forever.

I have little doubt that the 1st Amendment will be severely crippled. There will be actions taken to punish the non-MSM and to diminish and possibly eliminate their voices altogether if they can – particularly those hinting of disagreement or decent (it is well documented the extent to which she has destroyed those who have opposed her).

There is also little doubt that the 2nd Amendment will be crippled – something which she has very publicly been saying throughout her campaign. She will try and enact (executive orders?) a ban on magazines holding more than 10 rounds, and she will likely attempt to stop the sale of certain (or all?) semi-auto firearms… say goodbye to the AR-15 for example. She will make it very easy to put you on the NICS list (background checks) which apparently has no current method of appeal, thanks to Obama and his FBI.

The 4th Amendment will continue to be trampled (even more) and personal privacy will essentially become a thing of the past as alphabet agencies completely devour your movements, activities, and things that you say, write, and read…

She is apparently a war-monger for the globalists and I fear that we will be hurled into major war under her regime. She clearly has made Russia a renewed enemy, and has essentially vowed not to work with them, but instead to fight them. This will likely not end well.

She is clearly a very corrupt individual and a liar to the core. The Clinton Cartel is a very powerful force and they are tightly intertwined with governmental corruption as they serve their own interests (and those of their masters).

I could go on with my obvious negative opinion, however I know that I will be mostly speaking to the choir here on this blog. While I also know that there are a few percent of you here who may be Hillary supporters, this is not a personal attack against you whatsoever.
While I do not feel 100% confident with the opponent, there is a very stark contrast (nearly black and white?) between Trump and Hillary and their intentions for this nation. Trump is an outsider. Non-establishment. Not a politician. He is not financially beholden to other entities in return for political favors. He is not perfect. He has flaws for sure. However he quite apparently wants better for this nation and recognizes ‘the establishment’ and their crooked ways. Will he break through the massive barriers ahead of him and win the election? We shall see…

Some of the things that Trump has recently vowed to undertake if elected:

1. Propose a Constitutional Amendment to impose term limits on all members of Congress.

2. A hiring freeze on all federal employees to reduce federal workforce through attrition (exempting military, public-safety, and public health).

3. A requirement that for every new federal regulation, two existing regulations must be eliminated.

4. A 5 year-ban on White House and Congressional officials becoming lobbyists after they leave government service.

5. A lifetime ban on White House officials lobbying on behalf of a foreign government.

There is lots more from his recent Gettysburg speech that you can find for yourself if you wish. The point being that this is essentially opposite of what Hillary will do if elected.
Okay, lets hear from you. The election is almost here and now is your time to vent if you wish, or to let us know your thoughts on what may happen, or what it is that you might do if Hillary takes this election…