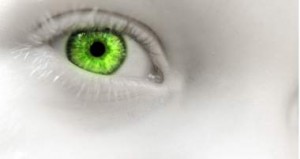 According to a new study by Columbia University, a growing number of children and teens are being prescribed antipsychotic medications, many of whom are using the medications for off-label purposes.

Dr. Mark Olfson, research psychiatrist at Columbia University and lead author of the study, indicates that the teens are using antipsychotic medications to treat conditions such as Attention Deficit and Hyperactivity Disorder (ADHD), for which those antipsychotics are not approved.

Analyzing data from 2006, 2008, and 2010 for prescriptions filled at approximately 60 percent of all retail pharmacies, researchers found that the percentage of teens using antipsychotics rose from 1.10 percent in 2006 to 1.19 percent in 2010, while use among young adults between the ages of 19 and 24 increased from 0.69 percent to 0.84 percent.

As noted by Reuters, with approximately 74 million children in the United States, those small percentages still mean a large number of children on these medications.

Dr. Olfson warns that these particular prescriptions should be taken with significant caution. Though antipsychotics are approved in the United States for the treatment of psychotic conditions including bipolar disorder, Tourette’s Syndrome, and schizophrenia, the most common reason for children 18 and under to take the antipsychotics is ADHD, the study found. Reuters reports that the ADHD diagnosis accounted for about 53 percent of prescriptions for younger children, 60 percent for older kids, and 35 percent for teens.

“This is concerning because evidence of antipsychotics’ efficacy for treating a number of behavioral health disorders is lacking,” advised Meredith Matone, a research scientist with PolicyLab at the Children’s Hospital of Philadelphia.

What may be more alarming is that there is increasing evidence that ADHD may not only not be the epidemic that some are claiming, but may not even be an actual condition.

Dr. Richard Saul, who has been practicing behavioral neurology for 50 years and is the author of the new book ADHD Does Not Exist, wrote in a 2014 Timepiece,

The fifth edition of the DSM [Diagnostic and Statistical Manual of Mental Disorders] only requires one to exhibit five of 18 possible symptoms to qualify for an ADHD diagnosis. If you haven’t seen the list, look it up. It will probably bother you. How many of us can claim that we have difficulty with organization or a tendency to lose things; that we are frequently forgetful or distracted or fail to pay close attention to details? Under these subjective criteria, the entire U.S. population could potentially qualify.

Saul’s analysis confirms what critics have been saying regarding the growth in the rate of mental illness issues: It may in fact be the result of expanded medical terms and definitions.

Beware the DSM-5, the soon-to-be-released fifth edition of the “psychiatric bible,” the Diagnostic and Statistical Manual. The odds will probably be greater than 50 percent, according to the new manual, that you’ll have a mental disorder in your lifetime.

Although fewer than 6 percent of American adults will have a severe mental illness in a given year, according to a 2005 study, many more — more than a quarter each year — will have some diagnosable mental disorder. That’s a lot of people. Almost 50 percent of Americans (46.4 percent to be exact) will have a diagnosable mental illness in their lifetimes, based on the previous edition, the DSM-IV. And the new manual will likely make it even “easier” to get a diagnosis.

The expanded definitions have resulted in significant increases in diagnoses of mental disorders, particularly ADHD. Dr. Saul writes, “The New York Times reported that from 2008 to 2012 the number of adults taking medications for ADHD increased by 53% and that among young American adults, it nearly doubled.”

This is particularly problematic if antipsychotic medications are increasingly used to treat behavioral problems, an observation noted by Dr. Olfson. “The peak use among adolescent boys, who are frequently diagnosed with ADHD and are also treated with stimulants, strongly suggests that antipsychotics are commonly used to treat impulsive aggression and other behavioral symptoms,” Olfson said.

Researchers found that less than 25 percent of youths who have been prescribed the medication had any therapy services prior to receiving the prescriptions. Some believe that the increase in these prescriptions results from parents seeking an easy solution to their children’s behavioral problems.

“There’s a societal trend to look for the quick fix, the magic bullet that will correct disruptive behaviors,” said David Rubin, M.D., associate professor of pediatrics at the Perelman School of Medicine at the University of Pennsylvania in Philadelphia. “But for those looking for a quick solution to escalating behaviors at home, the hard truth is there is unlikely to be a quick fix.”

Psychologist and parenting columnist John Rosemond echoes this sentiment, asserting that childhood misbehavior resulting from lack of discipline is incorrectly diagnosed as ADHD. As such, it is turning a discipline problem into a psychological problem.

Consumer Reports wrote in 2013, “Doctors are prescribing antipsychotics even though there’s minimal evidence that the drugs help kids for approved uses, much less the unapproved ones, such as behavioral problems. And to make matters worse, the little research there is suggests the drugs can cause troubling side effects, including weight gain, high cholesterol, and an increased risk of type-2 diabetes.”

Consumer Reports also noted that the increase in the prescribing of antipsychotics can be attributed to several other factors, including aggressive drug marketing that overhypes the benefits of the pharmaceuticals and downplays their risks:

Antipsychotics have become huge moneymakers for the drug industry. In 2003, annual U.S. sales of the drugs were estimated at $2.8 billion; by 2011, that number had risen to $18.2 billion. That huge growth was driven in part by one company — Janssen Pharmaceuticals — and its aggressive promotion of off-label uses in children and elderly patients, relying on marketing tactics that according to the federal government, crossed legal and ethical lines.

Prescribing doctors seem to have little regard for the effects that such medications could have on those taking them. An editorial by Dr. Christoph Correll, psychiatry researcher at the Zucker Hillside Hospital in Glen Oaks, New York, stresses the strong and almost immediate effects that antipsychotic medications can produce for those taking them, including weight gain, abnormalities in lipid metabolism, and high glucose levels.

Critics observe that the side effects of anti-psychotic drugs could worsen — or in some cases actually cause — symptoms of mental illness.

According to the Citizens Commission on Human Rights International (CCHRINT), there is abundant evidence proving a connection between psychotropic medications and violent crimes, and government officials are well aware of the connection: “Between 2004 and 2011, there have been over 11,000 reports to the U.S. FDA’s MedWatch system of psychiatric drug side effects related to violence,” said CCHRINT, including 300 homicides.

The authors of this latest study instead recommend exploring alternatives before agreeing to start children on antipsychotics. The researchers also advise carrying out an extensive psychiatric assessment and a trial of a relevant psychosocial intervention before considering psychopharmacological treatment in young people.